Got this in an email from a good friend today-wanted to share it...

PART 1 — Illinois - "A State with No Republicans!"
Some interesting data on the 'state' of Illinois ...
There are more people on welfare in Illinois than there are people working.
Chicago pays the highest wages to teachers than anywhere else in the U.S. averaging $110,000/year.
Their pensions average 80-90% of their income.
Wow, are Illinois and Chicago great or what?
Be sure to read till the end. I've never heard it explained better.
Perhaps the U.S. should pull out of Chicago ? Body count: In the last six months, 292 killed (murdered) in Chicago. 221 killed in Iraq; AND Chicago has one of the strictest gun laws in the entire US.

The leadership in Illinois – all Democrats. Thank you for the combat zone in Chicago . Of course, they're all blaming each other. Can't blame Republicans, there aren't any!

Let us get ALL the facts out while we are at it:
Chicago school system rated one of the worst in the country. Can't blame Republicans, there aren't any!
State pension fund $78 Billion in debt, worst in country. Can't blame Republicans, there aren't any!
Cook County ( Chicago ) sales tax 10.25% highest in country. Can't blame Republicans, there aren't any!
This is the political culture that Obama comes from in Illinois. And he is going to 'fix' Washington politics for us?
George Ryan is no longer Governor, he is in prison.
He was replaced by Rob Blagojevich who is, that's right, also in prison.
And Representative Jesse Jackson Jr. resigned, .. and that's right, he and his wife both are in prison also.
The Land of Lincoln, where our Governors and Representatives make our license plates. What?
As long as they keep providing entitlements to the population of Chicago, nothing is going to change, except the state will go broke before the country does.
"Anybody who thinks he can be happy and prosperous by letting the Government take care of him better take a closer look at the American Indian."
Don’t forget Detroit, another great example of a Democratic empire…
With all the bad news, there is hope, so let’s go to:

PART 2— Oklahoma - may soon have plenty of new residents!
Oklahoma is the only state that Obama did not win even one county in the last election... While everyone is focusing on Arizona ’s new law, look what Oklahoma has been doing!!!
An update from Oklahoma :
Oklahoma law passed, 37 to 9 an amendment to place the Ten Commandments on the front entrance to the state capitol. The feds in D.C, along with the ACLU, said it would be a mistake. Hey this is a conservative state, based on Christian values... HB 1330
Guess what... Oklahoma did it anyway.

Oklahoma recently passed a law in the state to incarcerate all illegal immigrants, and ship them back to where they came from unless they want to get a green card and become an American citizen. They all scattered. HB 1804. This was against the advice of the Federal Government, and the ACLU, they said it would be a mistake.
Guess what... Oklahoma did it anyway.

Recently they passed a law to include DNA samples from any and all illegal's to the Oklahoma database, for criminal investigative purposes. Pelosi said it was unconstitutional SB 1102
Guess what... Oklahoma did it anyway.

Several weeks ago, they passed a law, declaring Oklahoma as a Sovereign state, not under the Federal Government directives. Joining Texas, Montana and Utah as the only states to do so.

Save your confederate money, it appears the South is about to rise up once again. HJR1003
The federal Government has made bold steps to take away our guns.
Oklahoma , a week ago, passed a law confirming people in this state have the right to bear arms and transport them in their vehicles. I'm sure that was a setback for the criminals. The Liberals didn't like it -- But...
Guess what... Oklahoma did it anyway.

Just this month, the state has voted and passed a law that ALL drivers’ license exams will be printed in English, and only English, and no other language.
They have been called racist for doing this, but the fact is that ALL of the road signs are in English only.
You want to drive in Oklahoma , you must read and write English. Really simple.
By the way, the Liberals don't like any of this either.
Guess what... who cares...Oklahoma is doing it anyway.
Posted by Kathy Watson at 10:56 PM No comments:

You would be amazed at what happens when you make a commitment to tell your life story (memoirs)! All of a sudden, memories from long ago start popping in to your head. In order to organize these random memories, I've begun to make a list of the stories to be shared to help me. At the top of my list is my earliest memory.

It was winter in Denver Colorado, where I was born. This early memory is probably from my fourth year as I was not yet in school. My memory tells me that it was close to Christmas, which for my family of four shortly after WWII meant a small Christmas tree with gifts underneath. Mom and Dad were always as generous as they could be at Christmas time.

This particular evening my brother Tim, who is three years older, and I were already in bed but still awake. Mom was in the bathroom of our small house at 1600 Penn Street getting ready for bed when she screamed that there was someone "peeping" in the window. Both Tim and I sprang from our beds to see what had happened, but by the time we got to the bathroom, the scream had scared the peeping Tom away.

Upon investigation, Dad could see that the peeper had dragged some old boxes under the window. His footprints of this activity were clearly visible in the new fresh coating of snow on the ground. I remember that Dad removed the boxes and made sure that they were no longer accessible. I also remember sharing my fear that he would come back to the house and do more than just "peep".

From that day forward, there were never any boxes lying around outside and a curtain was added to the bathroom window even though it was close to the ceiling.

To this day upon reviewing all the houses that I have lived in, there has never been a bathroom with an external window on the ground floor! Because of this early trauma my subconscious mind has taken control of house selection!
Posted by Kathy Watson at 11:46 AM No comments:

OK, it's been just over two months since I posted anything. Like a dolt, I said I was going to post more often and then did not. As a result of Muriel Crawford's inspiration today, I'm going to take this in a slightly different direction and begin my memoirs.

Muriel Crawford has written several books and writes all the patriot biographies for my Daughters of the American Revolution (DAR) chapter. She was the program today and I believe that she inspired more than just me. So, Muriel is doing her memoirs chronologically, but she said that you don't have to do it that way. She read a snippet from her memoirs and it was really funny. Her presentation excited me in such a way that here I am giving it a go!

I have spent years tracing my genealogy but I have not found one ancestor who has "memoirs". How excited I am to be undertaking this project so that I can be the first! In doing genealogy, one finds when and where their ancestors were born, when and where they lived, who they married, and when and where they died. But what type of person were they? What inspired them to live their lives? What events shaped them into the person that they were? This last question is the focal point of my "memoirs". I hope to share events in my life that have shaped me into the person that I am.

I hope that you will come along with me on my journey!

Posted by Kathy Watson at 4:03 PM No comments:

Greeting cards as a hobby 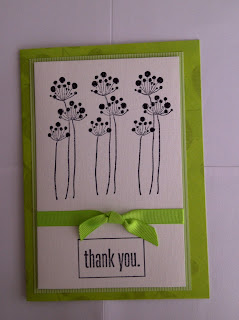 Decided this morning to gather pictures of all the greeting cards that have been made. The goal was to post them on "Interest" portion of our family website. What started out simply and for some relaxing fun has turned out to be a fun hobby, but costly! One whole room has been converted to the "craft" room to house all the papers, Cricut, Copic markers, ribbon, stamps, glitter, embossing powder and I could go on. I'm just glad those who receive the cards are appreciative.

Goal accomplished! Hope that you'll take the time to view the slide show of more than 115 cards and countless gift card holders. Be happy to make one for you if you are interested.

At one point, I was going to open an Etsy shop, however, there is a cost: $.20 just to list one item per month. Will not be sinking more money into my hobby!
Posted by Kathy Watson at 2:27 PM No comments: 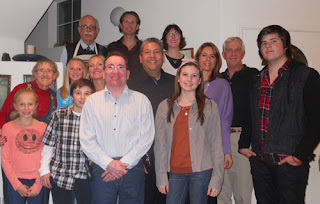 Cannot believe that it has been one whole year since my last posting. This is our family picture taken last Sunday (Dec. 23, 2012) following our Christmas dinner.
Pictured in the front row are Lexie Watson, Xander Maniaci, Rob Maniaci, Sophia Amador and Michael Amador. In the second row are Kathy Watson (me), Haley Watson, Jill Watson, Al Amador, Karen Amador and John Watson. In the back are Marston Watson, Erik Watson and Dionne Maniaci.
I'm committed to doing better in 2013-at least a post following family events, return from travel, major web development accomplishment, etc. As a project manager, my last task in the project plan will be to post on the blog!
Merry Christmas!
Posted by Kathy Watson at 12:27 PM No comments: 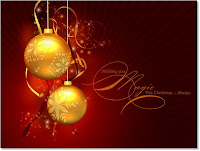 From our house to yours, Merry Christmas and Happy New Year-Marston and Kathy Watson
Posted by Kathy Watson at 7:26 AM No comments: 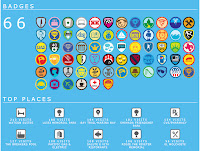 Posted by Kathy Watson at 9:06 AM No comments:

Quote of the Day